You are here:
Blog

Hi everyone! My name is Kaitlin, and I’m a travel designer at CARE Travel.

I’m so excited to share about my favorite destination in Europe, Amsterdam! I’m extremely passionate about world travel and had the opportunity to study abroad during my time at Kansas State University. I traveled to seven countries, and countless cities, but hands down Amsterdam was my favorite. 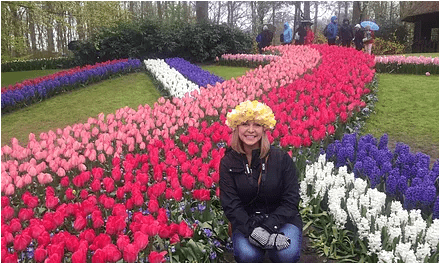 Amsterdam is the Netherlands’ capital, known for its artistic heritage, elaborate canal system and narrow houses with gabled facades, legacies of the city’s 17th-century Golden Age. Its Museum District is home to the infamous Van Gogh Museum, as well as works by Rembrandt and Vermeer at the Rijksmuseum, and modern art at the Stedelijk. There are cyclists everywhere and there are numerous bike paths.

Amsterdam has more than 100 kilometers (60 miles) of canals, most of which are navigable by boat and is one of the most popular tourist destinations in Europe, receiving more than 4.63 million international visitors annually. I’ve listed some of my favorite Amsterdam experiences below! 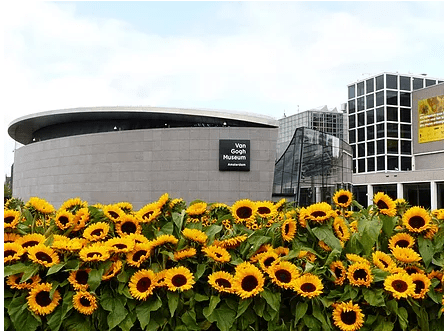 “I put my heart and soul into my work and lost my mind in the process.”

3. “I Amsterdam” Sign – It was crawling with people but I don’t blame them! Somehow we got in a couple good group pictures. Take a touristy moment for yourself! There are plenty of photographers around to ask. 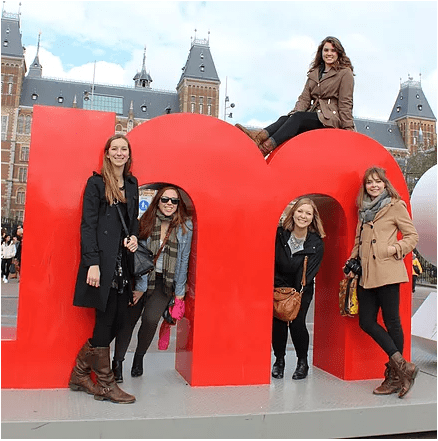 4. One thing you certainly must do is go on a canal cruise. We spent an evening on a Heineken dinner cruise through the canals of the city, knocking out two birds with one stone. If you’re a beer lover, definitely check out the more in depth Heineken brewery tours available.

5. After a quick walk through the red light district we headed back to the house for the night. Although we didn’t linger, it was interesting to see! 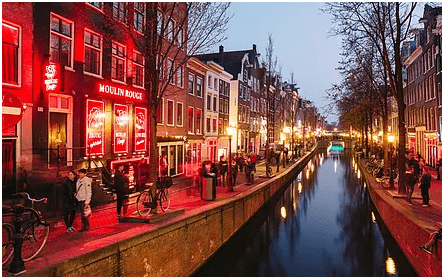 John Green, the author of The Fault in our Stars said, “Some tourists think Amsterdam is a city of sin, but in truth it is a city of freedom, and in freedom most people find sin.”

6. If you’ve always wanted to see the tulips, choose your travel dates wisely! I went in late Spring and was able to see the legendary tulip festival, Keukenhoff. I honestly don’t have words for how much I loved getting to see the fields of tulips and the gardens in Holland. We were able to make flower crowns and walk all throughout the beautiful gardens. You even have the option to rent bikes and ride through the tulip fields! 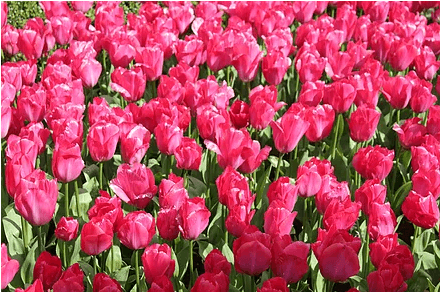 7. Make time to visit and experience the Anne Frank House. It was sobering, but I’m thankful for such a unique and important reminder. It’s so easy to read about something and to be completely separate from it. Buy your tickets ahead of time, or get in line early to avoid long waits.

“In spite of everything I still believe that people are really good at heart.”

8. Follow the Dutch’s lead and get active! There are so many absolutely gorgeous nature walks available within the city. We spent an entire morning wandering around Vondelpark. The park was huge and there were people everywhere riding their bikes, running, and kick boxing (no exaggeration). There were also ponds, more flowers and a gazebo.

This is a great travel option if you are nervous about not being able to speak the local language. In the Netherlands they speak English! It was really nice to be able to read and understand what people were saying. A few other things that helped form my  Amsterdam obsession include the following: ALL OF THE CHEESE (try samples at any of the cheese stores!), the insane number of bikes that were everywhere, the boutiques, the canals, and the story book houses all throughout the city!

Leaving Amsterdam was hard, but I know for certain that I will be returning!

Call CARE Travel and let us help you plan an unforgettable travel experience.

All Travel Agencies Are Not Created Equal
June 23, 2020